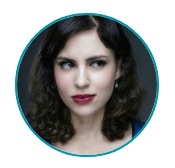 I suppose it's only fair to warn you: Here lives a certain femme fatale trapped in the mind of a writer with an overactive imagination.

But if you're after the straight facts...

The person in question, Katherine Brodsky, happens to be a writer. She has been a correspondent for Variety since 2011 and has also contributed to publications such as: The Washington Post, The Guardian, Esquire, Newsweek, Playboy Magazine (yes, the one you read for the articles!), Mashable, Entertainment Weekly, USA Weekend, New York Magazine's Vulture, Elle Canada, CNN Travel, The Independent (UK), A.V. Club, Flare, Time Out, Delta Sky Magazine, Complex, Nylon, Canadian Traveller, USA Today, and many others.  She mostly covers film/TV, business, travel, tech, and...espionage.

She hosts a podcast: Mind the Future, which features guests from the world of art, science, and technology— asking them to predict how what they do and love will look like as we fast-forward into the future.

If you're after more and are not afraid, click HERE to read full bio.